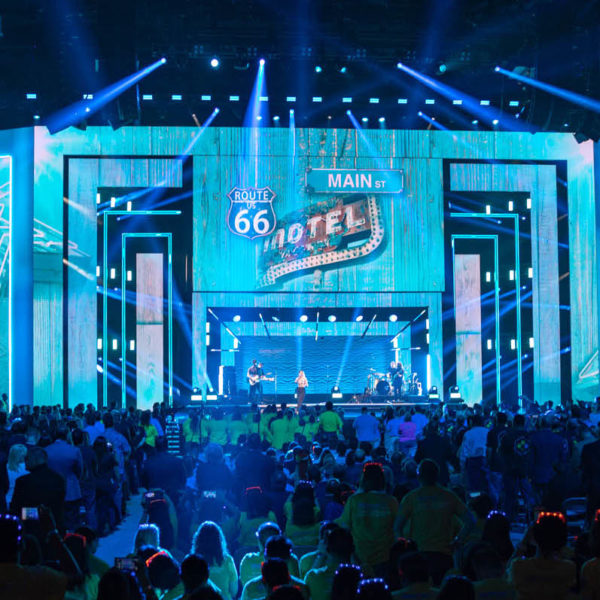 UVLD was thrilled to be back in Fayetteville working with the awesome production team of David Kenyon and LEO Events for Walmart’s Shareholders and Associates Meeting 2018.

Under the leadership of creative director Chris Simmons, production designer Star Kann and art director Aaron Black, the set featured layers of proscenium arches consisting of LED tiles and LED blades. The production design was anchored by a center hero LED surface that not only raised and lowered to allow band setups to track downstage but, when in its low position, blended seamlessly into an LED floor, creating an immersive visual environment for presenters.

UVLD lighting designer Gregory Cohen and lighting programmer Matt Webb were tasked with taking this dense canvas of layered LED and creating lighting positions that would fill in the visual negative space and provide the locations needed for both the corporate presentations and headline talent, all while keeping things looking great on camera for the live stream audience.

New this year on the Walmart production was the use of the FollowMe remote follow-spot system. This system allowed us complete control of intensity and color of the follow spots in the desk. Additionally, for the first time on this project, it gave us the ability to have a back light follow-spot on each presenter. FollowMe’s function of allowing assignment of more than fixture to an operator allowed us to add backlight and sidelight for perfect camera capture. Ryan Breneisen of Upstaging was the FollowMe technician for the project.

UVLD’s media delivery team joined the team this year. Lead by Cameron Yeary, the team, including Chad Yeary and Zach Heimbegner, took on the challenge of corralling a ton of media as well as creating unique visual statements for the different artists, often making use of live IMAG effect manipulation. They utilized a slew of D3 media servers controlled by grandMA2’s to seamlessly treat the entire high-res visual canvas as one complete image.

The UVLD media team was also tasked with feeding a hologram effect via multiple 4k projectors in a stunning moment that brought Walmart founder Sam Walton back to the arena to deliver a message to the audience. The team created an environment behind the projection of Sam that supported the illusion that he was in a proper 3D space while not overpowering the projection.

And bands? We had a few. Kind of a big deal. Collective Soul headlined as special concert night on Tuesday. Then in the shareholders meeting the crowd was treated to performances by Carly Rae Jepsen, Cassadee Pope, X Ambassadors. Closing the show was Jason Derulo. All were joined by rockstar host Jamie Fox.

Needless to say, it takes an amazing team to pull off an event of this magnitude. In addition to Greg and Matt on the lighting side, headliner programmer Matthew Piercy, production electrician Pete Campbell, Upstaging account rep Steve Wodja and a team of several others worked tirelessly to bring this event to life. 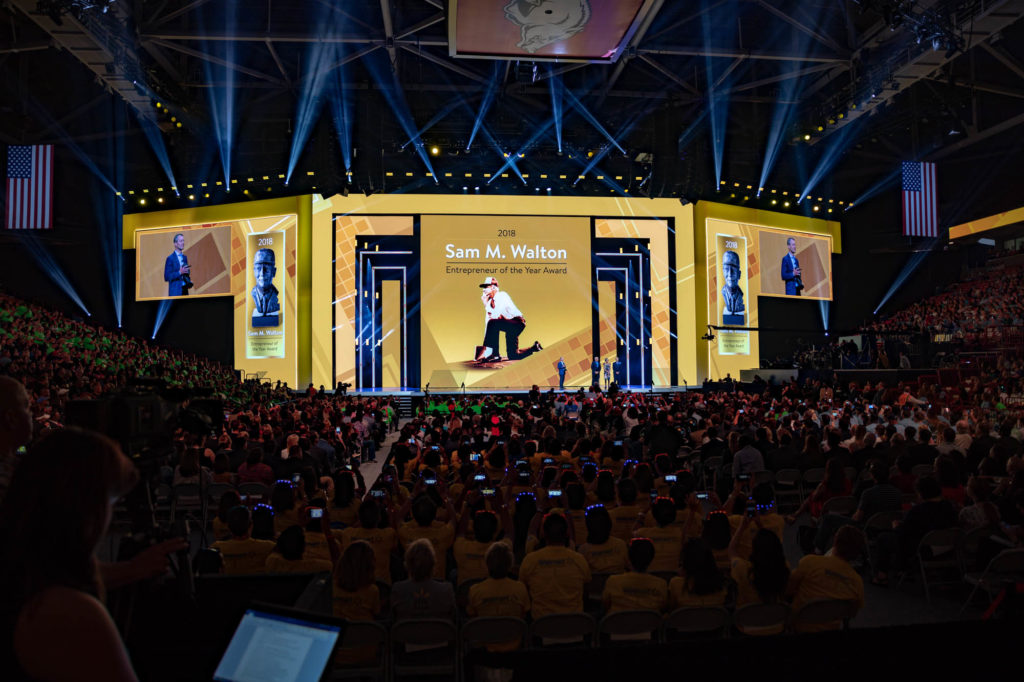 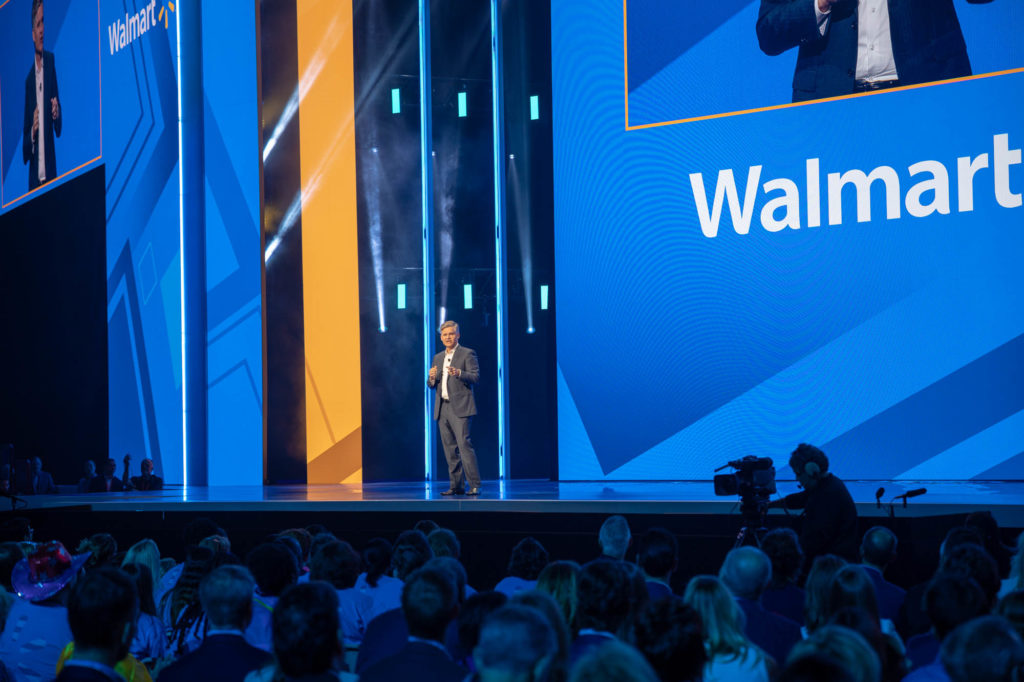 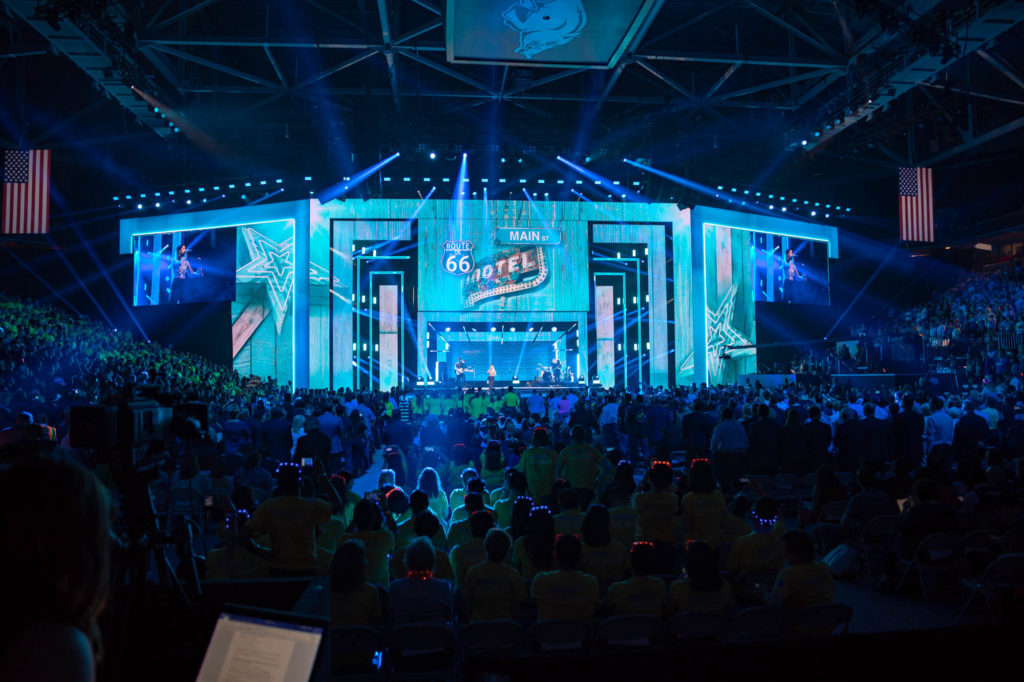 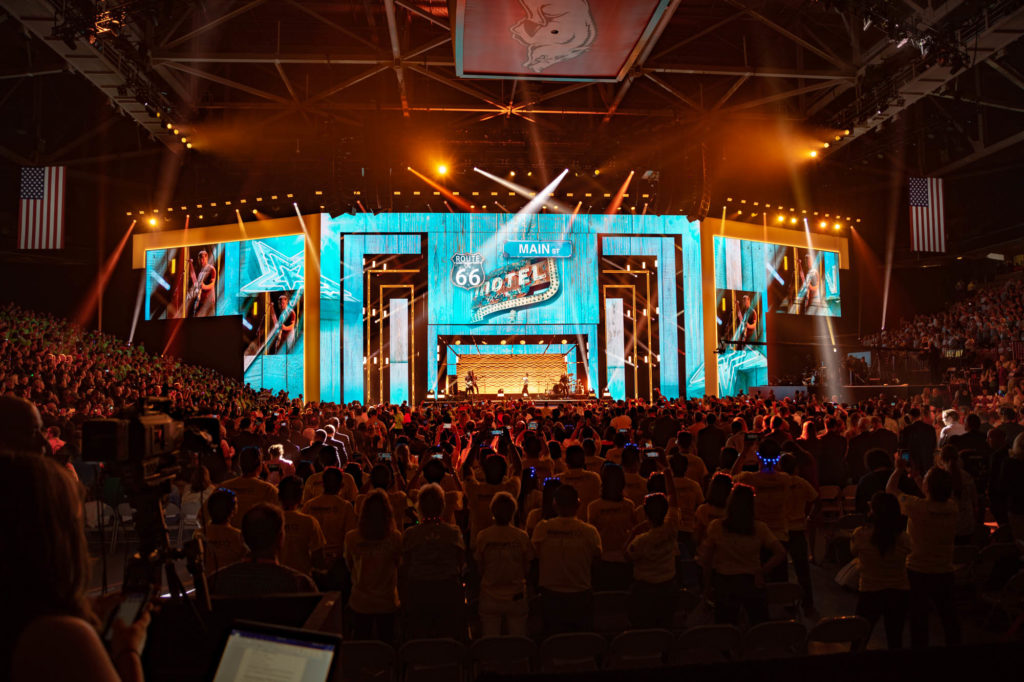 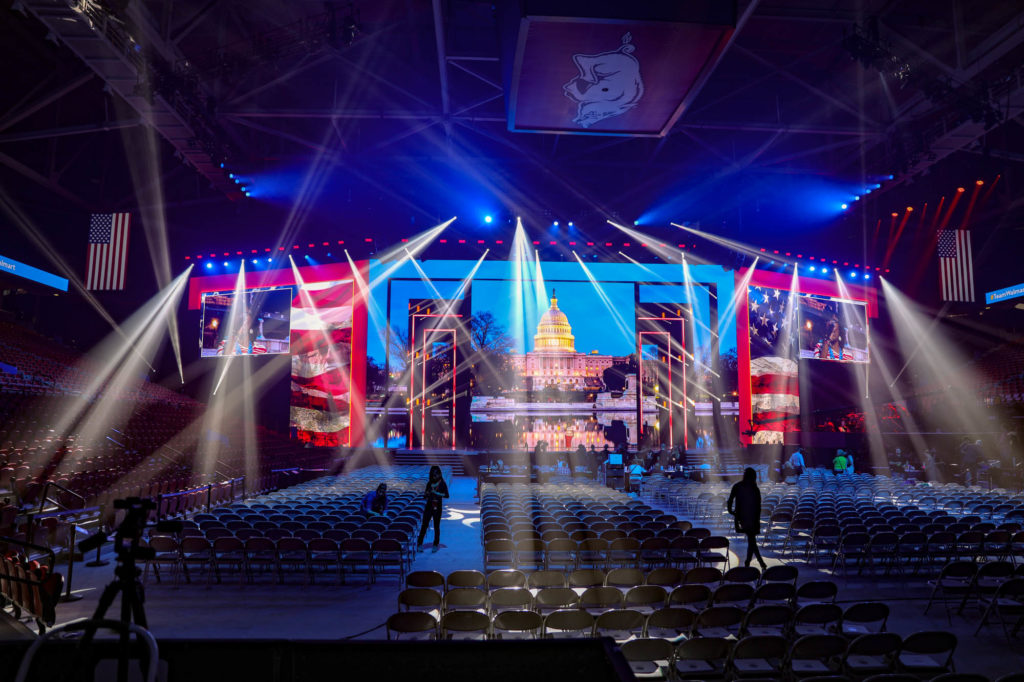