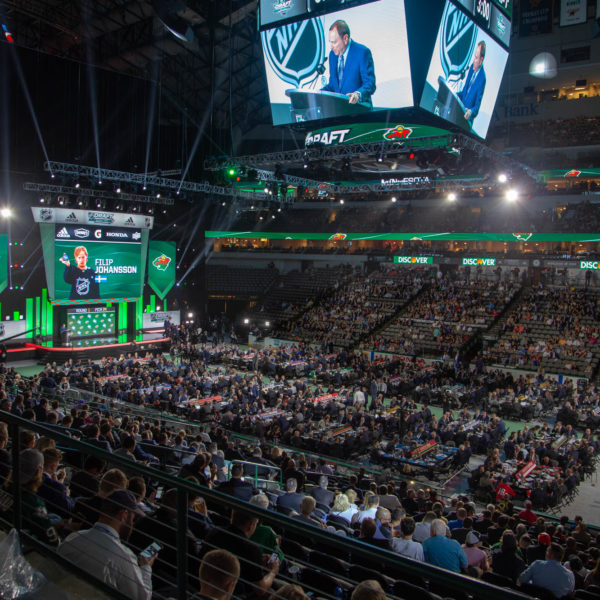 It was a great privilege to be invited back for our second year of lighting the NHL Entry Draft. This year’s event took place in Dallas, TX. Produced by BaaM Productions under the director of Annemarie Roe, creative director Gary Myers and technical director Chris Dowling, the NHL Entry Draft uniquely integrates the live television event with each of the team’s front offices stationed right on the arena floor.

UVLD Lighting Designers Gregory Cohen and Matt Webb utilized an extensive automated package provided by PRG to create the illumination required for broadcast as well as a dynamic environment that created a sense of excitement for the evening.

“We needed a much larger audience light system than what might typically be used for an event of this nature,” Cohen said. “We had to light — at full camera key light — not only the areas where the top prospects were seated but also the full arena floor where the team tables were stationed. We chose angles that provided clean coverage for cameras without creating a disruptive glare for the team leadership.” 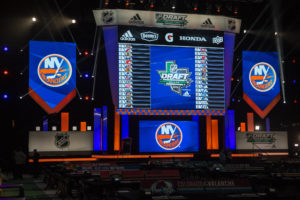 UVLD used over 50 VL 3500 washes to softly treat the space, then a pile of PRG’s Best Boy HP lit the stage and scenery. For follow spots, we made use of two PRG Ground Control units to carry the players from the audience up to the stage.

“After we had made sure our bases were covered in getting everything properly key lit for camera, next came adding visual excitement to the arena,” said Webb. “We used a mixture of X4 Washes and Sharpys on various tail downs to fill in the space between the LED surfaces while the light boxes on the stage had Color Force units inside to light them.”

Matching the team branding colors to the room and the TV audience was a major point of focus for the event. The fantastic color range of the Color Force units allowed the presentation of brand matching colors.

UVLD was tasked with providing lighting support to several interview spaces in the room and backstage. Rockstar gaffer Trevor Gooch and his team made use of every LED light panel, Cine unit and Arri Lowcaster we could get our hands on to cover the various needs. 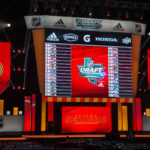 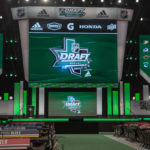