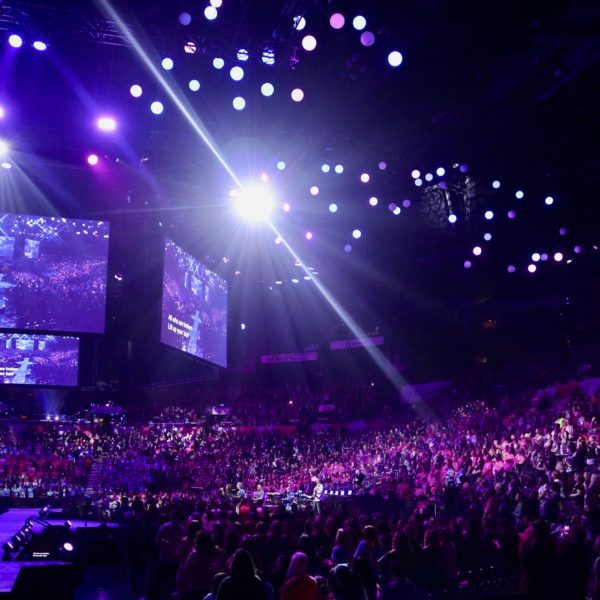 There’s nothing we love more than a big show — except maybe a big show with fun, new toys and awesome people. Our fifth year of lighting Thirty-One Gifts’ annual conference didn’t disappoint on any of those fronts. Producer Stephen Creel of TCG Technologies put together a rocking team lead by technical director and stage manager Clay Carter and line producer Julia Thudium. The show, once again taking place in Columbus’ Nationwide arena, was staged in the round this year to allow for greater capacity as the company celebrated its 15th year.

The event featured keynote presentations, entertainment by Thirty-One’s own band, and an awards and recognition ceremony. To serve the wide variety of features taking place across the arena floor, we needed a flexible, high-powered system. Because the show was in the round, we lit the full audience in colored pools to provide camera background.

Speaking of eye candy, we had some new toys for this event, and they were a blast. The show featured 252 of LMG’s automated LED Spheres. Spread out over 6 arrays of 42. Lighting programmed David Seitz pixel-mapped each sphere via an Mbox media server to drive chase and motion that created a dynamic visual ceiling above the entire arena. “It became quite the fun game to come up with different arrangements and shapes of spheres though out the three day event,” said Webb.

No show is truly great without incredible people; this show was flush with them. In addition to David Seitz, production electrician Dan Kirsch, assisted by Johnny Washam and Nick Deel rounded out the lighting crew, assembling a complex web of gear spread out over the entire arena in lighting fast speed. Josh Bailey from LMG lead the charge on the LED Sphere install assisted by Afton Carpenter. Shannon Scott was our Christie’s rep, and Guy Meadows lead the team as the on-site technical director. 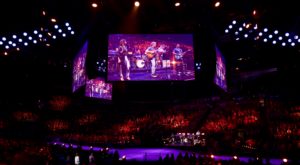 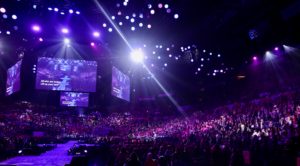 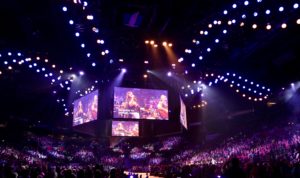 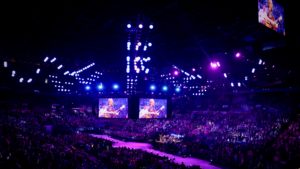 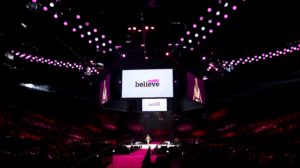 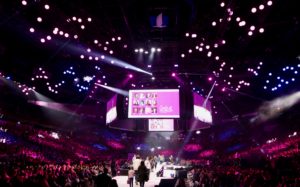 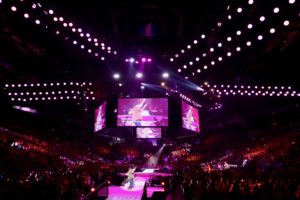