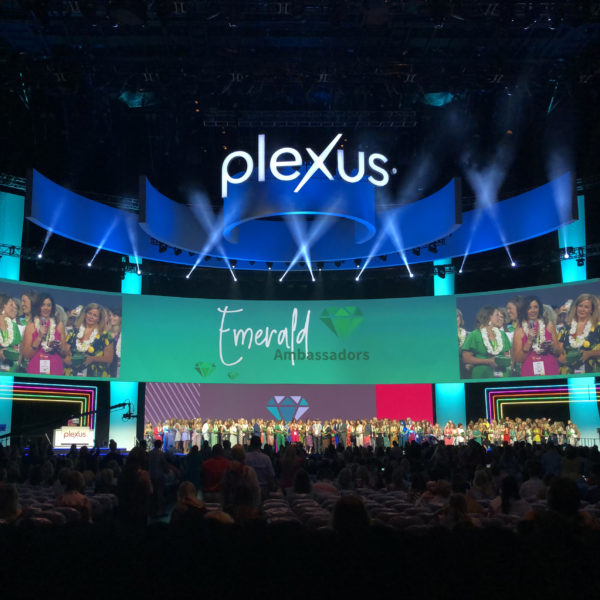 Paul Sharwell was honored to work with Chad Brammer and Nicholas Odencrantz on the 2019 Plexus event at MGM Grand Garden Arena in Las Vegas.  The three-day event, consisting of six sessions plus an Andy Grammer concert, was the first Plexus event for Sharwell as well as the Webb Production team.

The schedule was more aggressive than most, with the need to be ‘show ready’ a day and a half from the start of load-in, and the first show beginning the following day.

“It was somewhat daunting, especially with the scale of the set,” said Sharwell. “The opening number was comically ambitious, beginning with a solo singer and adding four vocalists, a large drum line, two different choirs, and an aerial act.”

The lighting system, provided by 4Wall Entertainment, had to be solid from moment one, so there was no compromising on gear types.  The rig consisted mostly of Robe Mega Pointe & BMFL Beamwash fixtures, plus BMFL Blades for area lighting.

“Sometimes keeping things perfectly simple makes the pre-production more exhausting,” said Sharwell “I mulled over preparation for this one for days.”

The show was a huge success thanks to the right support team. Michelle Morin and Matt Burns excelled as production electricians. Big thanks to Jason Mack as well, for helping on the control/design side for the first two evenings. 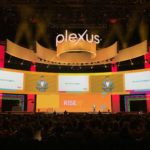 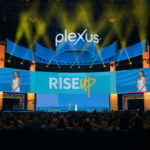 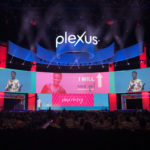 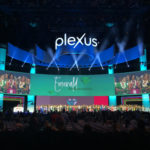 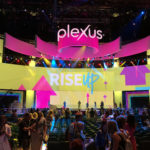 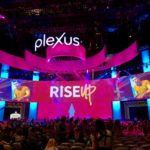 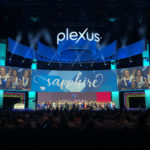