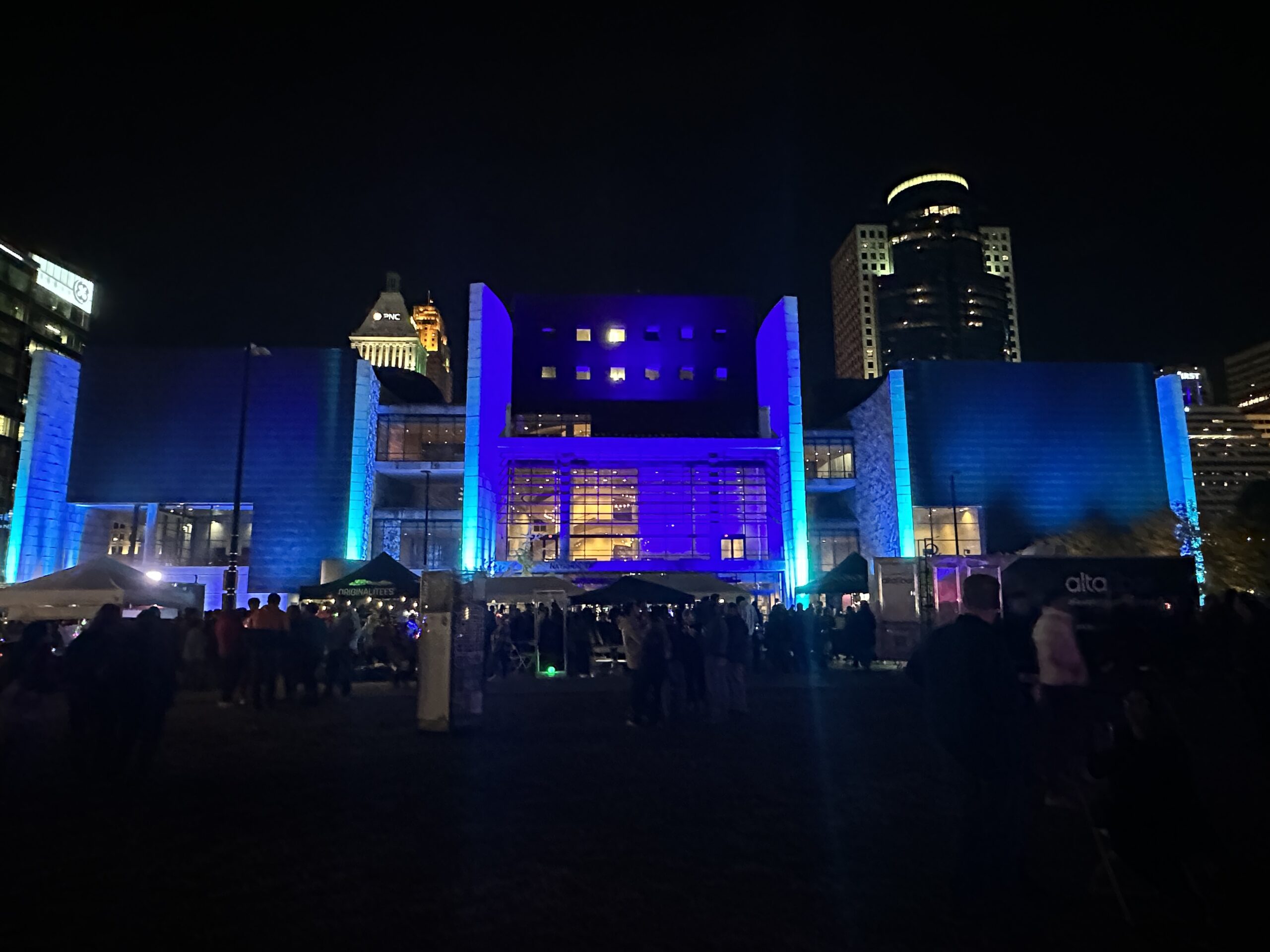 Since Blink Started in 2017, David Seitz has served as Lighting Designer at the Blink festival in Cincinnati. Blink is the nation’s largest light, art, and projection mapping experience with over a million in attendance.

This year, David was tasked with two sites to be the foundation of the Banks zone in Cincinnati: The Golden Garden, Celebrating the Black Music Walk of Fame, and the National Underground Railroad Freedom Center. Since this event celebrates art and immersive events, David was asked to highlight two creative visions for these sites.

At the Golden Garden, he provided an immersive environment and lounge area, complete with a live DJ that celebrated the soon-to-be-completed Cincinnati Black Music Walk of Fame. At the National Underground Railroad Freedom Center, he was asked to light this building to be the pinnacle of the Banks, creating an animated feature to draw crowds from all over to see the other activations in this zone.

The show is produced by the Cincinnati Chamber of Commerce and staffing for these sites included Production Electrician Mike Mustica assisted by Dave Haar, and Technical Director Jim Sheppard. Lighting Equipment and Project management was provided by PRG, and included Frank Roggio, Scott Inuaki, and Matt Hohmann. Many thanks to all involved!