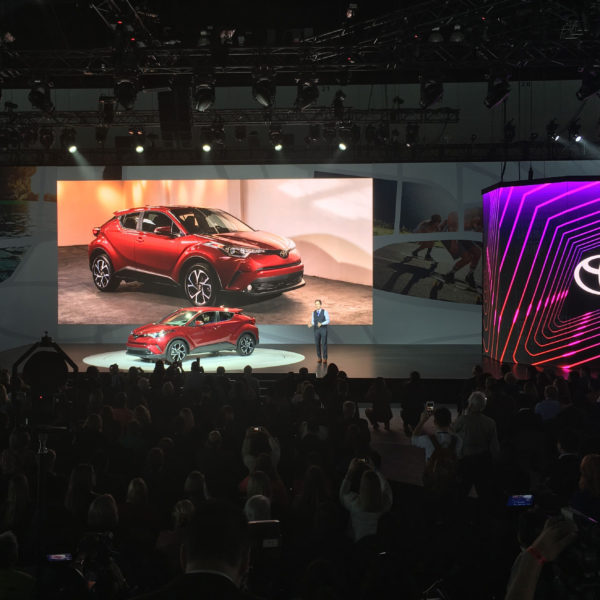 UVLD was honored to be once again invited by George P Johnson and powerhouse O2 Creative Solutions to design the lighting for the Toyota event at the Los Angeles Autoshow, held on November 17. This year Toyota launched the C-HR, which they first displayed — in concept form — last year.

The presentation was designed to show that the transition from the Scion brand into Toyota is complete, presenting a look that is at once hip and unmistakably Toyota. The set consisted of an LED cylinder which was all but opaque when playing content. The vehicle as hidden in the lower half of the cylinder, with a DJ perched upstairs dropping sick beats.

The reveal began with energizing music, while abstract images appeared and flowed between the cylinder and the main screen. After about 30 seconds, the DJ was revealed inside the cylinder, while shots of him live (and through the LED tiles) played on the main screen.

After a minute or so, the main screen played about 30 seconds of video teasing the C-HR, then suddenly a big white hit occurred, the lights sweeping over to reveal the car inside the cylinder, still teased between abstract, high energy imagery playing on the cylinder. As the music reached a crescendo the cylinder lifted to reveal the actual car, which drove onto the main stage.

After the show, the audience area was quickly transformed into a party. As the DJ played dance music, cameras and seats were cleared, bars were rolled out and an artist painted a giant C-HR logo on the press riser.

The car itself is fantastic; it looks great and will no doubt attract the conscious consumer moving from Scion to Toyota. As Bill Fay, Group Vice President and General Manager – Toyota Division, Toyota Motor Sales USA, Inc, said in his presentation:

The C-HR is a bold exercise in design. It looks like nothing we’ve ever created and ushers in a new era of Toyota style. For all of us that’s a point of pride and excitement that will attract fashion-forward consumers.

UVLD was thrilled to be part of this historic event. The O2 team was lead by Alex Alexandrian, Rick Voigt was executive producer for GPJ, John Harrington was technical director, Jeff Quinn was our production electrician and the gear came from TLS. Gregory Cohen did the design with Paul Sharwell executing onsite. 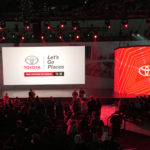 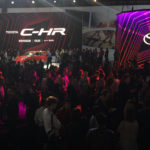 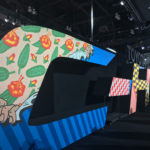 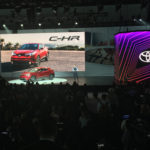 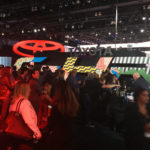