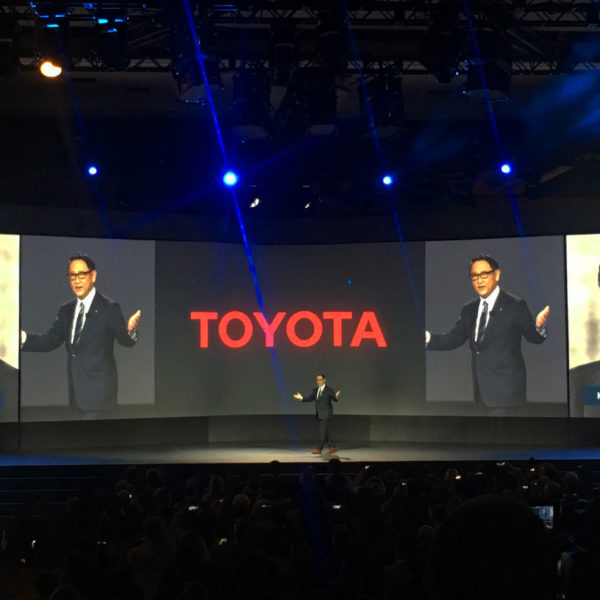 UVLD was invited by O2 Creative to provide lighting design for Toyota’s unveiling of a new concept car at the 2018 Consumer Electronics Show (CES) in Las Vegas. The product unveiled was a concept called E-Palette, an open electric vehicle platform that could be used for a variety of uses, including pizza delivery, ride-sharing, mobile hotels and e-commerce.

For the reveal of the E-Palette, the giant turntable and projection screens spun and revealed the new concept. The reveal video and sound were energetic and dynamic. The creative team needed the lighting to carry the video content out throughout the room and immerse the audience in the experience.

The environment was highly light sensitive, especially once the product was out. The E-Palette itself was highly reflective and even bounce light off the floor was problematic. “My job became lighting for cameras, but as minimally as possible,” Sharwell said. “Every time I added light, it created unintended consequences. I ended up running a small number of lights on about four or five handles, to limit highlights and reflections.” 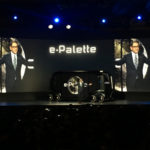 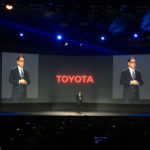 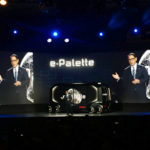 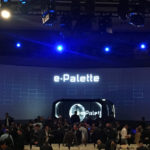 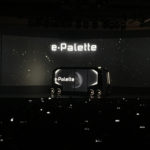