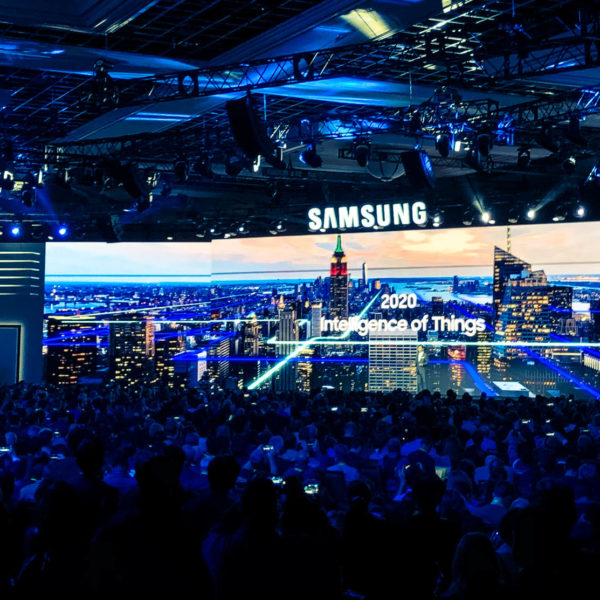 UVLD joined production powerhouse inVNT at the Samsung keynote at CES 2018. In the event, which took place at Mandalay Bay, Samsung was able to introduce a wide range of products and share a future vision without the of the hustle and bustle of the showfloor and without the added stress of inexplicable power outages.

Rees and Cohen @ the airport!

Greg Cohen served as lighting designer with Matthew Piercy as programmer. Due to a rather severe snowstorm on the East Coast, Cohen enjoyed an extra day in New York while David Rees made an unexpected stop in Las Vegas to cover for him.

“I love a good storm,” notes Cohen. “But more in theory than in practice. I was glad that David was in San Diego and was able to get to Vegas quickly. Having a team is a huge benefit when the weather goes bad. That being said, I was glad David didn’t have to spend the night, which would have pushed me into the overflow hotel.”

The show itself had gear provided by 4Wall Entertainment, with head electrician Pete Campbell leading the ever-fantastic crew of Local 720 stagehands.

“I love playing Vegas,” notes pinch-hitting designer Rees, “and with the weather delays running havoc with everyone’s travel, it was great to have a crew that could got the show in like pros.”

It’s a giant interactive whiteboard  […] You can edit slides, draw on things with a pen, and generally collaborate on stuff. You can also stream directly from a laptop, which is handy for group collaboration.

The particularly cool thing was two-way pairing with a Samsung smartphone. During an on-stage demo, a device was tapped against the screen, which quickly paired the phone to the Flip using NFC. A window then popped up on the Flip, showing the smartphone’s display, but you could also touch the display to control the smartphone. There’s all kinds of potential for real Minority Report-style stuff here. 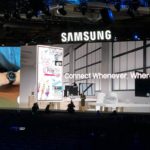 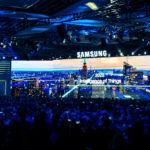 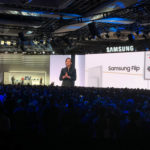