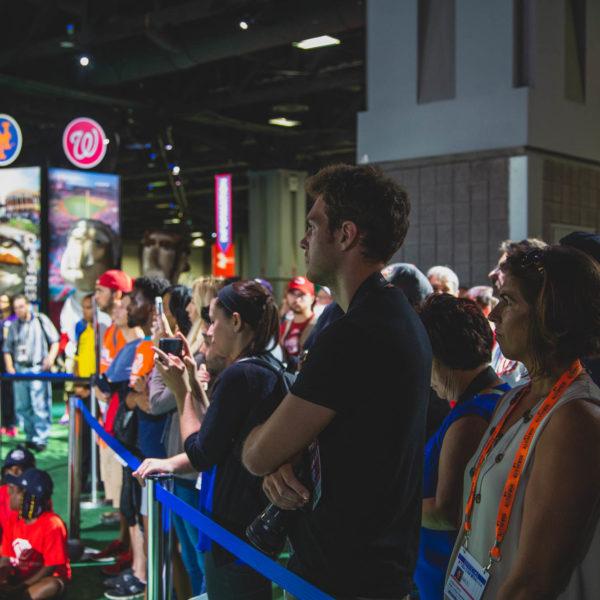 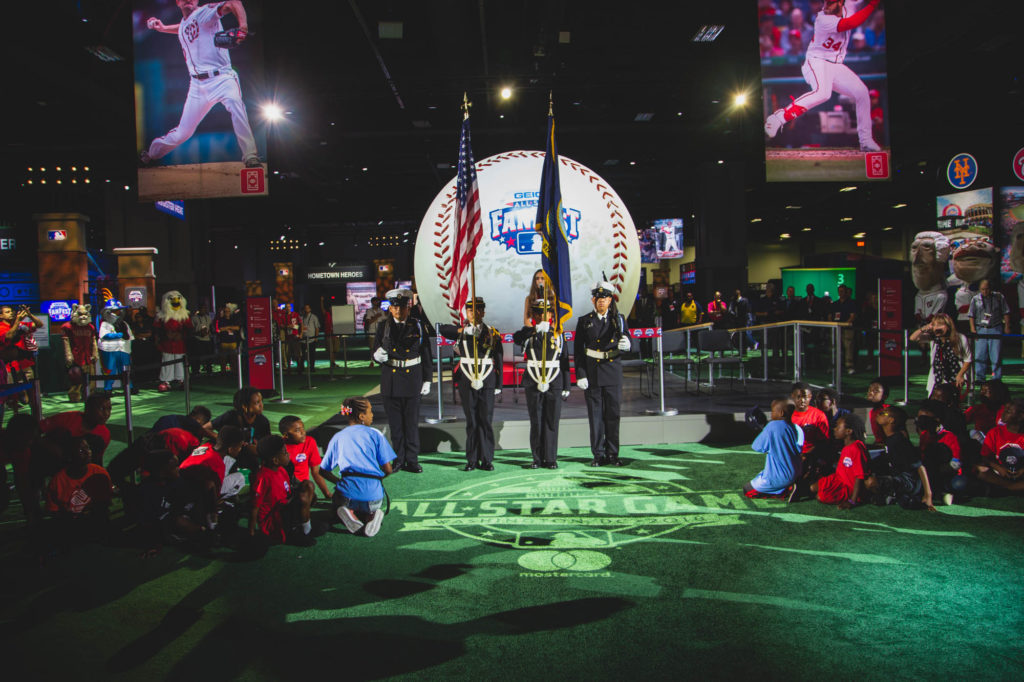 FanFest spanned more than 400,000 square feet at the Walter E. Washington Convention Center. Fans entered the event through an immersive LED tunnel, arriving in front of the World’s Largest Baseball. From there, fans could explore and interact with baseball historical items, take a few swings in the Home Run Derby batting cages, attempt to steal a base or clock the speed of their fastball in pitching lanes. Local teams and attendees participated in clinics on two full-sized youth fields at The Diamond and Field of Dreams, and younger fans interacted with several interactive activities in the Rookie Leagues area. Additional exhibits offered opportunities for fans to learn about the history of the game and current MLB initiatives around the world.

Covering this amount of space was no small task. Even with occasional use of a golf cart, several of us hit personal step count records during the event. Fortunately, UVLD design team members Greg Cohen, Matt Webb and David Rees were able to divide and conquer across the space.

“With a lighting system made up of over 1,200 units across more than 6,000 feet of truss, we knew we would need a clear plan of how to attack focusing and programming with fixtures literally city blocks away from each other,” Cohen said. “My team led the charge with the general area and event signage lighting across the space. We designed a custom treatment for the entries to each of the attractions, creating a lifelike texture on the stadium brick while highlighting the attraction name, MLB logo and sponsor logos of the space. Through the event aisles, we had a system of LED pars providing a color chase and Quantum profiles to create motion.” 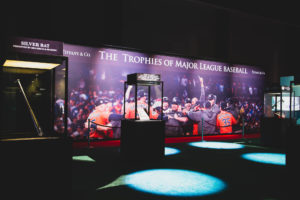 With Cohen focused on the general areas, Webb took on lighting the exhibit spaces. “These areas had around 200 LED lekos and a pile of automated units to individually accent and treat displays and exhibit items,” Webb said. “One of my favorite spaces was the MLB Trophies area, where team and individual trophies are on display. We lit each trophy setup with its own LED leko to highlight and frame it, then as a contrast to cool and create a soft-edge feel for the other exhibit spaces, we used LED lekos to do hard-edge down-light treatments on the floor in the open area. Each photo of the current award winners was lit with a unit creating a 3D-light-box feel to them. Lastly, a photo op with the World Series trophy was lit with Viper DX Washes.”

Rees was tasked with several of the more intricate queueing areas of the event. “In the entry tunnel, we used a set of Elation ZW37 washes and Quantum Profiles, which added to the immersive nature of the space by providing a sense of energy,” Rees said. “In the MLB Clubhouse, we lit the space to mimic the dynamics of a major league clubhouse. We treated an interview stage setup for clean cameras records as players were brought in for live interviews that were then distributed on MLB’s social media. At The Diamond, we created dynamics for player introductions, game lighting while teams played, and smaller moments for interviews captured at the pitcher’s mound.”

With more than 1200 fixtures and 6000′ of truss, production electrician Jeff Quinn, assisted by David Favorita, Todd Latia and Michelle Morin, was constantly on his toes for this one. Gear was provided by Christie Lites, with account rep Rob Charnetski providing top notch service. Finally, it would be impossible to overstate the contributions of lighting intern Sam Swagert. 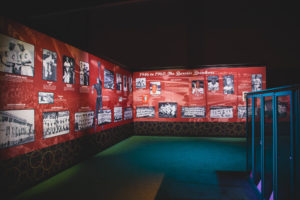 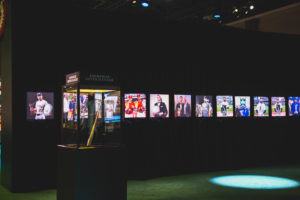 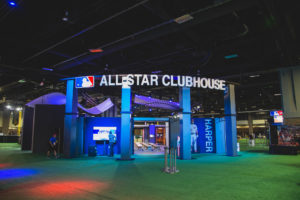 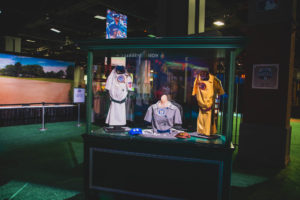 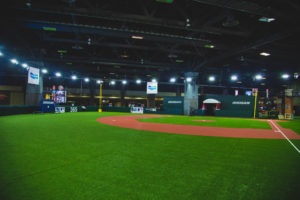 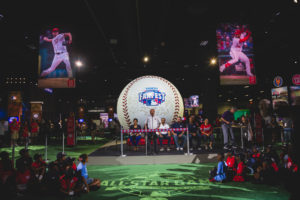 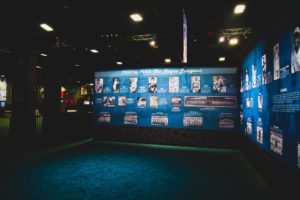 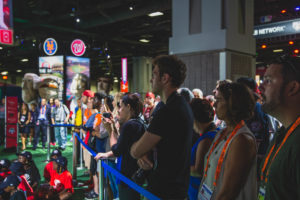 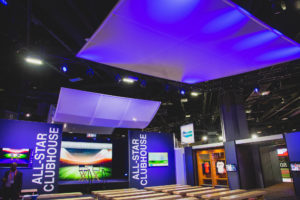 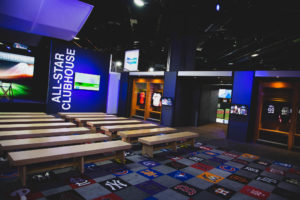