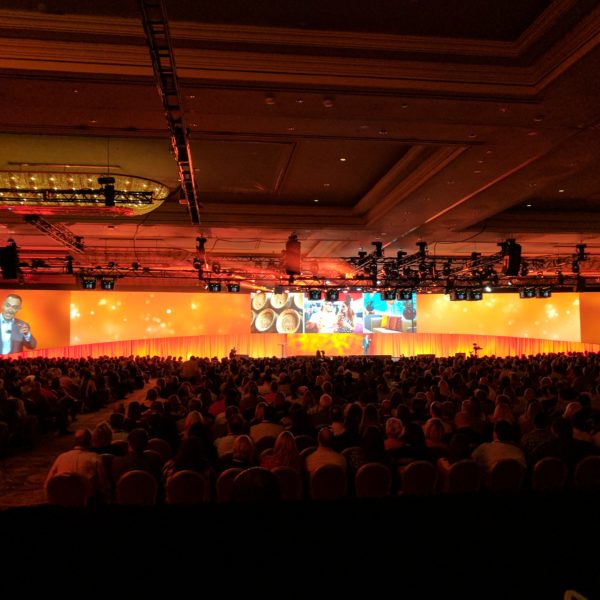 The event was produced by FreemanXP, with Mac MacKenzie and Josh Covin serving as Executive Producers. Catherine Innes served as Producer, and Design Director was Kate Silva. UVLD’s John Ingram served as Lighting Designer, David Rees was the Programmer, and Cameron Yeary was Visual Media Developer and Programmer. Chad Yeary was the Media Tech, and David Brumbach served as Technical Director. Video was provided by Alford Media Services.

The event featured a three-screen, three-projector blend with a total of 9 projection zones all treated with TMS media servers. “There were several brand colors that needed to be matched perfectly between Powerpoint sources and the media server,” Cameron Yeary said. “Using the media server, we were able to follow along and dial in colors for a precise match.”

“The compressed schedule presented a number of challenges for the production,” said Rees. “My hat is off to Josh Covin and David Brumbach for keeping the all of us focused and on-task during the load in. Kudos to stage manager, Todd Hall, for keeping the ship on course during rehearsals and show.”

There were also a few presentations with full-screen motion video playback for queing that had custom-designed 13k pixel wide animations. Lighting followed brand colors as well, keeping in lock step with the wide-screen media server looks, painting the air and backdrops to coordinate with the large-screen driven looks.

“There’s nothing better than creative directors who know what they want,” notes Ingram. “Catherine and Kate were great at making their intentions clear and vivid.” 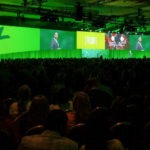 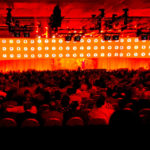 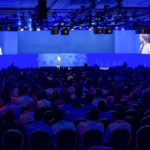 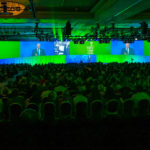 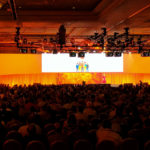