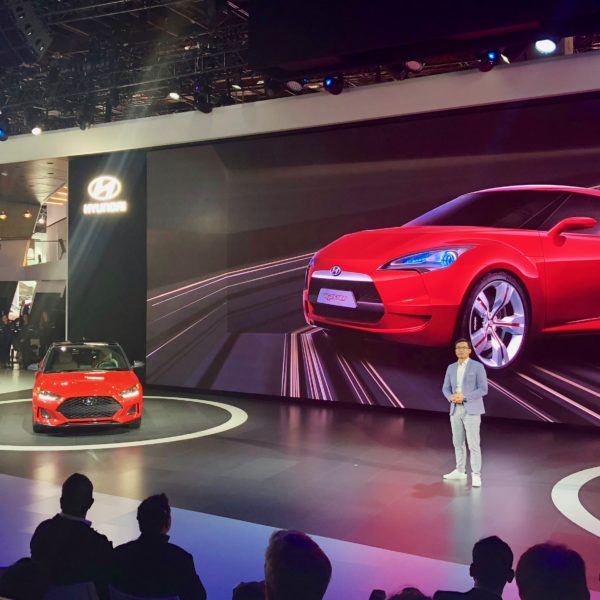 It’s always a blast to be back in Detroit — even when the “blast” is of the arctic chill kind. After not having a press event in 2016, we were delighted to return to Cobo Hall to light Hyundai’s unveiling of the new Veloster — as well as the announcement of the Veloster N coming to America for the first time — at the North American International Auto Show.

Under the creative director of Eric Brinkerhoff of MBA, the team staged two reveals. The first: a double-sheet pull reveal of two Veloster cars that had been sitting under black silks all day. Then, minutes later, a video and drive-on reveal of the Veloster N performance model. 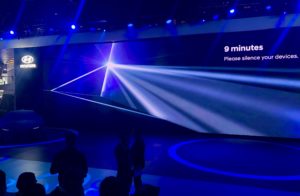 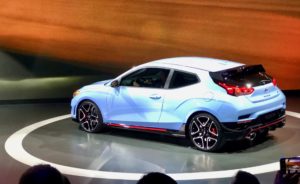 The high energy of both reveal videos allowed us to timecode-sync intricate lighting to accent hits and build excitement before we saw the cars. As the N emerged from the holding garage, an array of beams shot though the fog filled space, punctuated by a series of strip light booms chasing behind the car.

We were able to make extensive use of the public booth Mac 2k Wash XB system to light all of the cars while implementing a supplemental press package of Axions for their effects package and Viper Performance units to light the presentation area.