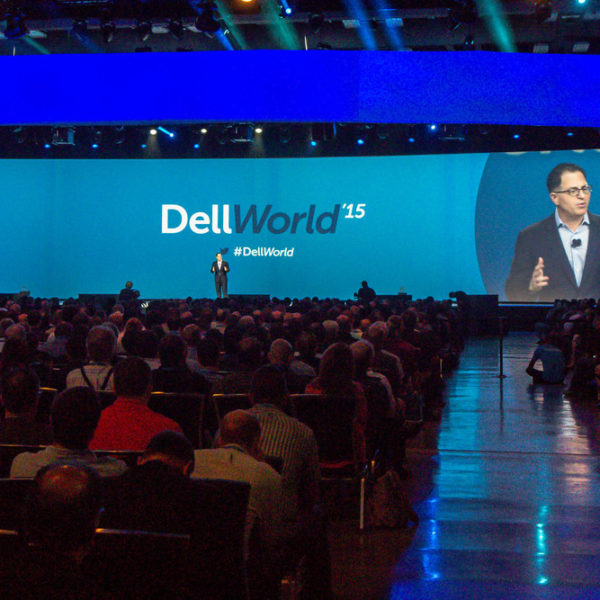 UVLD provided lighting design for DellWorld 2015, which was awesome on many levels. The show was produced by Josh Covin for MediaLoft, both of whom are awesome. The show featured John Mayer as a headliner, a ton of local bands, and important strategic briefings from CEO Michael Dell, all of which were even more awesome. And the show took place in perhaps the most awesome place possible to do a convention of this size: Austin. When the team wasn’t lighting keynotes, event spaces and headliners, they got out for barbecue, farm-to-table extravaganzas, and a few local beverages.

Greg Cohen served as LD, with David Rees as programmer in the general session. Jason Mack lit the event space, which was produced by Andrea Fulkerson. Our fantastic electrics team was headed by Jeff Quinn, assisted by David Favorita, Todd Latia and Eric Swan. Gemini Stage Lighting provided the lighting gear, which was trucked all the way from Dallas, where apparently they have barbecue as well.

We’ve got some pictures of course, and we think they capture the warmth and spirit of the event. There was important business taking place, and Dell, with their recent acquisition of EMC, had a lot to share. But this warm city leant its spirit to this show, and its hard to imagine a better experience.