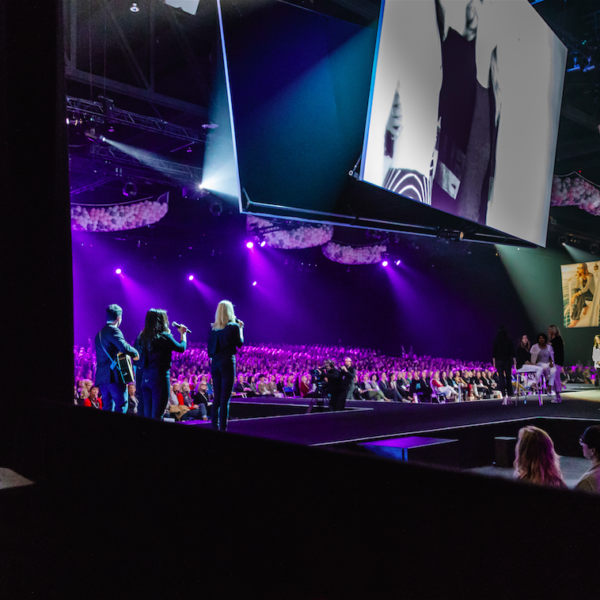 Cabi clothing hosted their annual Scoop event in San Diego in January. Paul Sharwell served as Lighting Designer once again this year, with Chris Nye as ME and Michelle Morin assisting. The show was produced by Mark Ledogar and Stephanie Selig of One Smooth Stone.

“One of the primary challenges of this event is the large real estate involved,” Sharwell said. In the 20 shows since Paul’s first Scoop, it has grown, and along with it the audience size, the number of projection screens, and the runway area. In the early days the show had more conventional stages and fashion-show runways, but the need to keep every seat as close as possible to the action now necessitates the design to be in-the-round. “Much of the time, it can be hard for me to even see across the room,” Sharwell said.

The week was themed around music. The opening show began on a humorous musical note but transformed into a poignant keynote beginning with a vocalist and a guitarist, and slowly added eight more interstitial vocalists to musically illustrate the theme of coming together.

The week ended with a performance flash mob. A pianist at one end of the runway was joined by a drummer at the far end – 180 feet away – followed by a male vocalist in the house. One by one as the music built, a group of male vocalists, strings, woodwinds and brass sections and a group of female vocalists rose up in various parts of the house. They each made their way to the stage performing a rocking rendition of Queen’s “Don’t Stop Me Now.”

“We staged each group of performers in different seats throughout the room,” Sharwell said. “The challenge was to light each group, directing attention, as they rose up and made their way to the stage, without giving away any of the other musicians along the way. It was quite a challenge to execute timing as well as control light.”

Virtually every moving light in the rig was doing double-duty until all the performers were playing and singing on the stage. Suddenly, we had a big drop – a complete blackout in the room – followed by lights sweeping to two guitarists at the top row of the bleachers, for a rousing guitar duo. The duo ended just as suddenly, with a beat in black, then all the performers — more than 80 in total — rocking again. The lights built into a frenzy of color and beams throughout the room, escalating the excitement to a fever pitch. 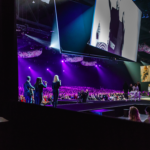 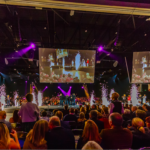 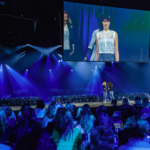 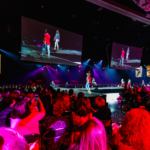 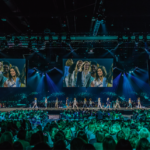 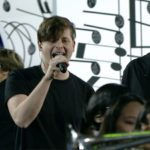 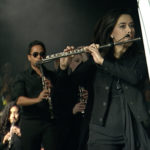 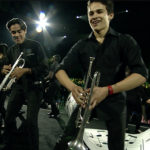 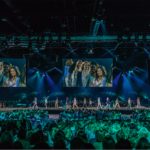 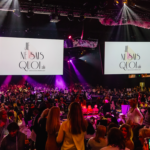