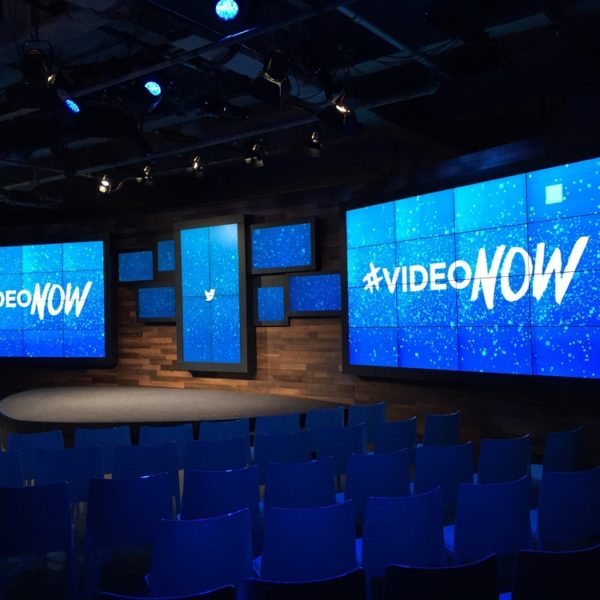 UVLD was hired to deliver content, and we chose Pandora as our platform for its 1080p live input compositing and unrivaled ability to playback media uncompressed.

We had 15 discrete 1920×1080 outputs to multiple screens and seamless plasma walls. All assets were played back, uncompressed, at 1080p. Six Keynote presentation machines were sourced for speaker content and notes. Coolux Widget Designer controlled all the routing and inputs into the playback system and to the screens.